The Pros and Cons of a Digital Dollar 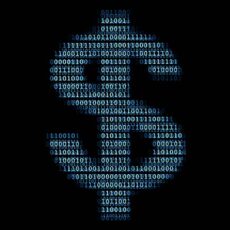 The United States has seen a push for the digitization of the dollar for some time now, with a few pros and cons to consider from this shift. Let’s go over these pros and cons now, and see if there are any parallels to be found to your business.

To begin our discussion, let’s go over what’s been happening recently in terms of the legislation.

Back in March 2022, There Were a Few Pushes Towards Digitizing Currency

In addition to President Biden signing an executive order which—amongst other calls to action—called for research into a United States Central Bank Digital Currency, or CBDC, lawmakers in the House of Representatives introduced a bill—H.R. 7231, or “Electronic Currency and Secure Hardware Act”—to enable the US Treasury to create a digital dollar. This electronic currency, “coined” ECASH, would enable near-instantaneous transactions with a good chance of dramatically reduced processing fees. ECASH would not be a cryptocurrency, mind you, as CBDCs are classified differently.

This all came after the Federal Reserve tested a digital currency system codenamed Project Hamilton in February, after years of research and development by the Federal Reserve Bank of Boston and the Massachusetts Institute of Technology Digital Currency Initiative. Meant to help explore the feasibility of a CBDC design in a wide-scale implementation, Project Hamilton peaked at about 170,000 transactions per second after bottleneck. While promising, this indicates that there is still a way to go before there’s a full replacement for the reserve currency the United States currently relies on.

What are Some Benefits and Drawbacks of Fully Digital Currency?

The benefits of digital currency are considerable. Not only could transactions—even those that cross borders—be carried out effectively instantaneously, as we mentioned, United States Representative Ayanna Pressley states that it would help create wealth inclusivity for “black, brown, and low-income communities.”

Having said that, a CBDC doesn’t inherently guarantee privacy, even if zero-knowledge proof technology is in place—which allows a system to confirm that knowledge is known without actually revealing the information that is known. Essentially, you have to trust the government backing the digital dollar to keep the protections of a zero-knowledge proof active…and not to arbitrarily change your personal privacy settings. More on this in a moment.

In addition to this, Representative Steven Lynch, the primary sponsor of the ECASH Act, called out some of the infrastructural issues that could get in the way of adopting a fully digital dollar. The lack of reliable Internet service in many areas of the country is a major hurdle that Lynch hopes this bill will help the country clear.

Going back to the privacy concerns, founder and research scientist of the MIT Cryptoeconomics Lab, Christian Catalini, shared his own predictions. He foresees ECASH as a system that relies on another plastic card—albeit one with some additional functions to it—that effectively stands in for cash. Basically, by using this card, the only data shared would be the successful transfer of a payment.

However, there are some challenges that need to be addressed. For instance, in order to avoid major criminal activity, full privacy would be impossible so that the financial system isn’t an accessory to crime. In addition to this, as ECASH lacks any form of ledger whatsoever, it would require the government to issue everyone a dedicated piece of hardware to use to handle and exchange ECASH locally—again, with limits as to how much the device could hold at once. It also is yet to be determined how funds would be added to the device, and if some form of identity authentication would be required to do so.

Catalini expects that these challenges will cause ECASH or whatever we ultimately get to be delayed for at least five years, with the various philosophical and technical questions likely pushing this delay out even further.

In the Meantime, We’d Love to Hear Your Thoughts!

Don’t hesitate to comment here and weigh in on the topic. Would you prefer all of your money handling to go digital? What are some of the pros and cons you can think of? Please don’t hesitate to share, and if you have any questions about securing your business’ dollars (or using IT to make more of them) be sure to reach out to us at (443) 524-8800 ext. 2!